Seo Hosting Stars is a division of Miss Group which is an International Online White-Label company that offers a range of Internet related services such as Web Hosting, Domain Registration, Affiliate Marketing, Sitebuilder for web production and Seo Hosting. 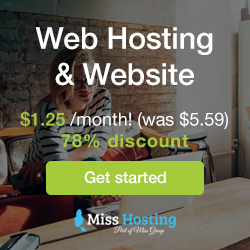 This month the American police and Microsoft met in the courtroom. The case concerns about US technology companies will be forced to disclose the data on servers located abroad.

In this specific case police want Microsoft to disclose e-mails belonging to a person involved in a drug investigation. Microsoft says no to this and refers to the servers is Ireland, where the European legislation does not have to give out any information.

“If the authorities wins this case, this can lead to large consequences for the entire cloud industry,” says Peter North Beck, a lawyer at the law firm Delphi to IDG.

“This may mean that those who signed an agreement with US cloud companies can not feel confident that their information not be disclosed. Although it is in agreement that there is European legislation in force. There is an uncertainty one must consider, a risk assessment must be done, he says. ”

Today, many Swedish authorities and municipalities is using American cloud services with the view that the service is protected by EU law but now all that is changing.

“It will be a difficult situationt for companies too. They must comply with EU law in their contracts, while they have to follow the US and disclose data if authorities require. Laws against each other, “says Peter North Beck.

The case has been on the map before in American courtroom and twice before Microsoft has lost. It becomes a negative decision in this case could mean the end of American cloud services in Europe.

It can not be excluded, but we have to hope that it does not go that far. That in turn would mean a competitive advantage for Swedish and European companies. But it remains to be seen, says Peter North Beck.

Miss Hosting, we protect all of our customers’ data and all servers are located in Sweden. We help everyone from private individuals and small companies to leading corporate groups that want to prevent the communication of a sudden end up with competitors or becomes publicly available. Protect your information and select a reliable supplier today!

Previous PostHow to change your Name Servers.
Next PostTips for Choosing the Best IP Transit Provider to Help You Handle Internet Traffic Surges

MarketingMiss GroupMiss Hosting Miss Group Holdings raises capital to acquire US headquartered hosting company and expand global footprint in the US and Asia.March 7, 2018 — by Andreas

Miss GroupMiss HostingUncategorized What is SEO hosting and why should you be using it?April 18, 2017 — by Andreas